The Biggest Money Mistakes People Are Making, As Told By Successful Savers

The Biggest Money Mistakes People Are Making, As Told By Successful Savers

Money can be hard to figure out. We go to work and we make the dough, and we like to think we’re making the best decisions when it comes to spending what we’ve earned. No matter if you have a lot of money or just a little, managing money can be tricky.

Do we buy that car or that house? Can we afford to eat out or should we learn to cook from scratch?

And don’t forget about the future. We have to save for that! There’s lots to think about when it comes to your finances.

Whatever we do, we’re sure to make mistakes. Hopefully, we make those money mistakes and learn from them, but what happens when we see others making bad decisions with their money? Do we step in or do we just observe and let them figure it out on their own?

Whether we step in or not, watching other people make silly mistakes with their money can be frustrating, especially if you’ve made those same mistakes.

Reddit asks: What money mistakes do you see others making? Lots of people chimed in to share their money error observations.

Have you made any of these mistakes or thought about it? Read on and maybe you can learn from other people’s bad money decisions.

My dad will use any ATM he comes across. It wouldn’t be that big of a deal if he just got the ATM fee, but his bank charges him $2.50 every time he uses someone else’s ATM. So he gets charged anywhere from $4.50-$6.50 each time does this, and usually it’s 2-4 times a week.

Living beyond their means. Lots of people I work with are forever complaining about having no money, while also talking about how they spent £100 on a night out, or £200 on clothes.

I get that some people have expenses greater than their income, but is it really that hard to not spend money on luxuries?

Not taking advantage of a company match on a 401k. It’s like leaving money on the table!

Paying interest on credit cards. If you can’t afford it, don’t buy it because otherwise you’re literally throwing money away. However, the best alternative is to apply for a no interest for x months credit card before buying something you can’t pay off right away. If you get denied, you probably shouldn’t be making a big purchase you can’t afford anyway (unless it’s for like a life-saving surgery or something. If that’s the case, life is more important than your credit score.)

Spending most of their money on the first of the month (for monthly salary), then they’re broke for the rest of the month. Just buy for things that can’t wait for, and after the middle of the month spend normally.
Most of the people around me, as soon as they receive their salary, I see all kind of unnecessary stuff on their Snapchat like: Starbucks Venti, fancy restaurants, etc.
And later on the month, they look broke and not ready for any financial emergency.

I have a friend who is set on buying a house and he’s making alright money but not enough that I would feel comfortable myself. I know he’s looking at it like this: “This is how much I can put down on the house, and this is how much I’ll pay monthly on that loan for x amount of years.” What he’s not expecting is property tax, insurance, general maintenance, and other future economic circumstances. One thing I’ve learned from my parents is just because you can afford it now, doesn’t mean you’ll be able to afford it later. A house is a big decision.

Either you give them money or you don’t, and sometimes you might have the surprise of being given your money back, but you shouldn’t be counting on it.

#16 Don’t You Know Kids Are Starving In Africa?

Buying food for one recipe and letting the rest go to waste. Do not go to the store without a list of ingredients and meals that you plan on making. Get stuff that you can use in multiple meals.

#15 Literally Up In Smoke

Cigarettes. I find myself making that same mistake daily somehow.

I don’t think so many people should treat their tax return as a sudden windfall and go and splurge on some big purchase like a new television or clothes.

This isn’t free money that falls from heaven; it’s money you earned that’s now being returned to you.

If you have an emergency, by all means, use the money to solve that problem. Pay off your credit card bills, get that broken tooth fixed, or replace your balding tires, but otherwise, put that money in the bank for the next big emergency or invest it long-term as part of your savings. Open up a retirement fund and keep the money there until you’re done working.

Treating a loan or credit card as free money. It shocks me every time someone tells me they got something for free or didn’t pay full price because they used a loan to pay for it.

Purchasing giant chrome rims and believing they add value to the automobile.

Wasting thousands of dollars each month on eating out and luxury car payments. Cars which they really can’t afford, but wanted a BMW.

I do taxes in a working-class neighborhood. People’s money mistakes occupy a lot of mental bandwidth for me January-April each year.

Every year we have people empty retirement accounts because they were out of work for a few months or take money out to buy a car or house. Not only do you pay income tax on those distributions, but you also get hit with a 10% penalty. So for a lot of people, they pay more than a third of it back in taxes (and don’t see it coming, thus enrolling them in a vicious cycle of back-tax payments with the IRS). If you aren’t a savvy saver, but want to contribute to a retirement account then open a Roth.

I see so much canceled credit card debt. Even from couples with combined incomes of $100k+! I live in the Midwest, so cost of living is not outrageous by any means. It’s been mentioned a lot in this thread, but I will echo it again: do not live beyond your means.

People pay exorbitant mortgage interest. One can only assume that’s because they a) didn’t shop around and got a bad rate or b) had little to no downpayment/bad credit and got a bad loan as a result. I’m in no rush to buy a house, so I don’t have personal experience in these matters, but I will say that Americans in particular have an obsession with owning things – houses, cars, driveable toys, etc. Renting does not implicate immaturity, and for many it’s the better financial option while you educate yourself about home ownership and save for a down payment. People rush into these things thinking it will somehow imbue them with maturity and satisfaction, but what they fail to consider is the stress and responsibility that goes along with it.

And finally, please don’t have children unless you have very seriously considered the costs associated with parenting. About half of pregnancies in the US are unplanned – which is a travesty in and of itself – but what’s even more devastating is the number of people who have children for inane reasons, like keeping a relationship alive or succumbing to ‘we want grandbabies!’ family pressure or fear that abortion will make them a murderer/infertile or because that’s what you do after you get married or the notion that being a parent is a shortcut to having purpose in life. Or also by default due to lack of access to abortion, in particular for r**e victims. I’ll stop here because this is a sore point from which a lot of my cynicism is derived. Children should be planned and eagerly anticipated, not coped with due to circumstances. Of course, this trend won’t be reversed until we stop dancing around the issue with s*x education.

#8 Just One More Hand At Blackjack

Gambling when they can’t afford it. I have a guy at work that spends a ton on scratch tickets and constantly complains that he has no money.

Not understanding the value of compounding interest.

Oh God. So many. Here are the three big ones.

1). Cars. Cars are depreciating assets. They are not an investment. You are probably going to need to buy a new car every 7-12 years no matter what. Don’t buy a car beyond your means, and pay attention to the quality. I see so many people out there who don’t make a lot of money, all driving around in 40k+ trucks. Buy a new Camry for 20k, it will last forever and give you zero problems. If you really need a truck, then go pick up a beater for an additional 5k or so. The old Toyota trucks or Rangers/F150s/Silverados are all tough and will last a while. Never buy anything associated with Dodge. And just because the finance guy can get you into that 40k truck doesn’t mean you should buy it.

Anyways. That’s my advice. I was able to pay for my own wedding, buy a house, and buy 2 cars in a single year, mostly on my own, by being careful with these things. Sure, I could have bought the Lexus instead of the Camry and Fit. Sure, I could have bought the beautiful bungalow down the street instead of the fixer-upper we have now. Sure I could have dropped an extra 20k on our wedding. But if I had then I couldn’t have done all the rest of it. And my cars are reliable and comfortable, I love my house, and I’ve been told my wedding was one of the best that my guests had ever been to. And on top of all of this, my wife and I don’t have to sweat money any more than we already do due to her being a PhD student.

Not having a budget.

Doesn’t matter how much you make. You need a system that enables you to visualize your money.

When you do that, you can really start saving properly.

From there it’s easy to move into consistent investing too.

Refinancing a home to pay credit card debt. Turning unsecured debt into secured, are you out of your mind?

Always having a car payment is one of the biggest ones.

A household can easily have 600-700 bucks going out the door on car payments.

Pay the car off, keep it for a while.

This one coworker buys a large Starbucks mocha something every morning. It’s about $3.75 for each one, times that by five days, times the 52 weeks in a year that is $975.

#1 Tumbleweed Rolling Through Your Savings

Many of the people I work with live pay-check to pay-check and think it’s normal! I couldn’t live like that. I’d have a heart attack! 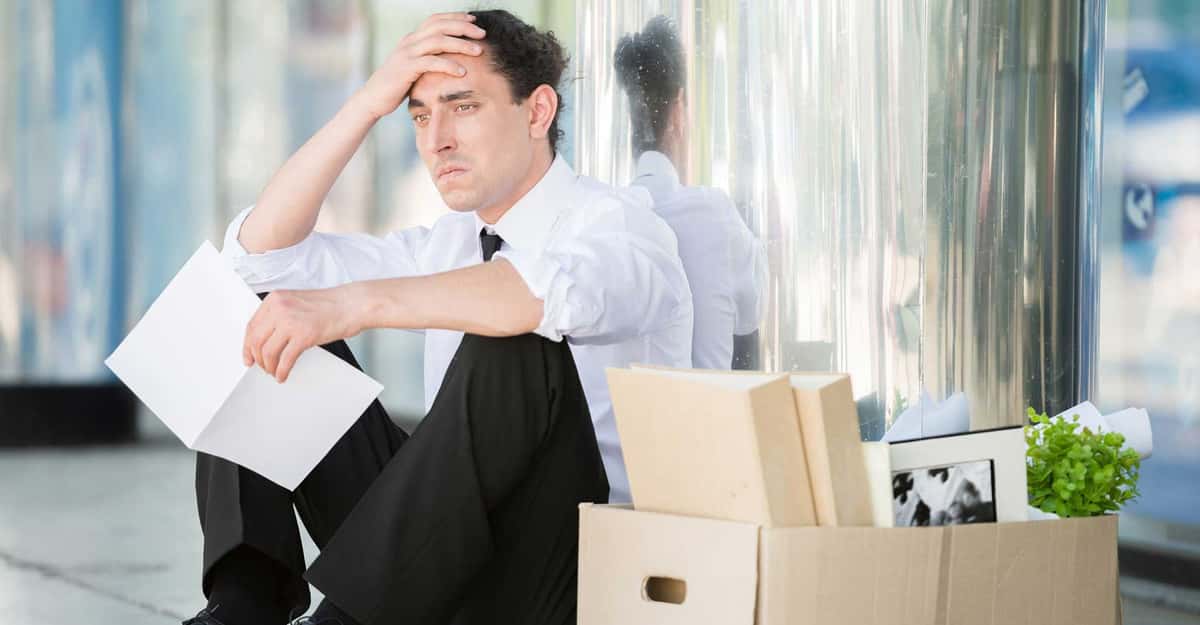 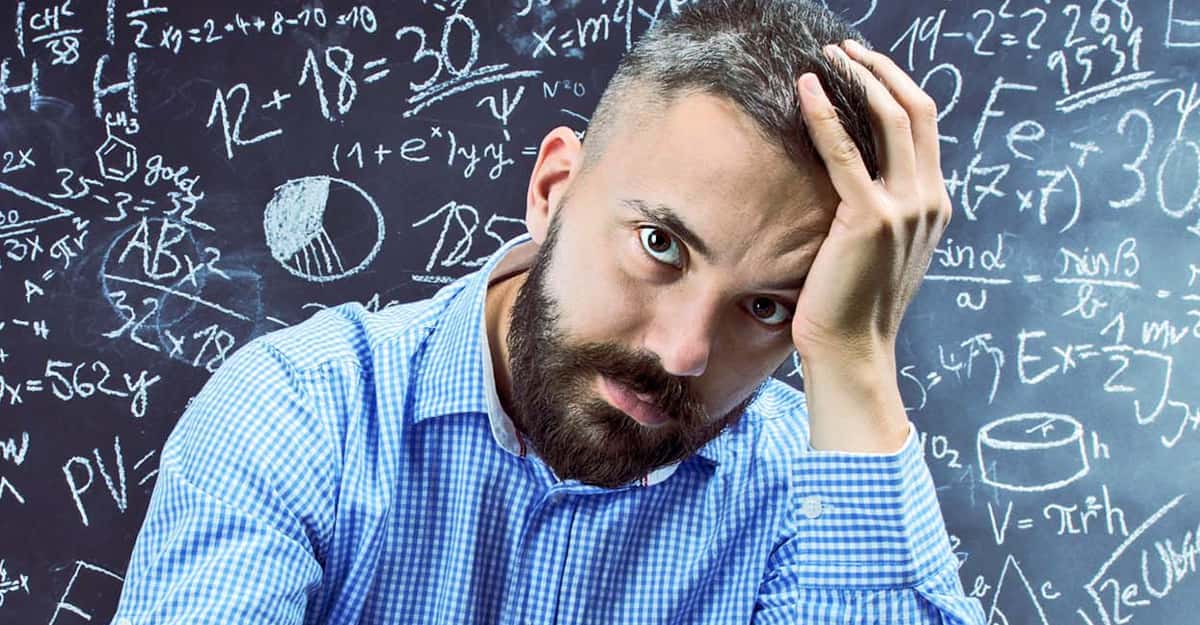 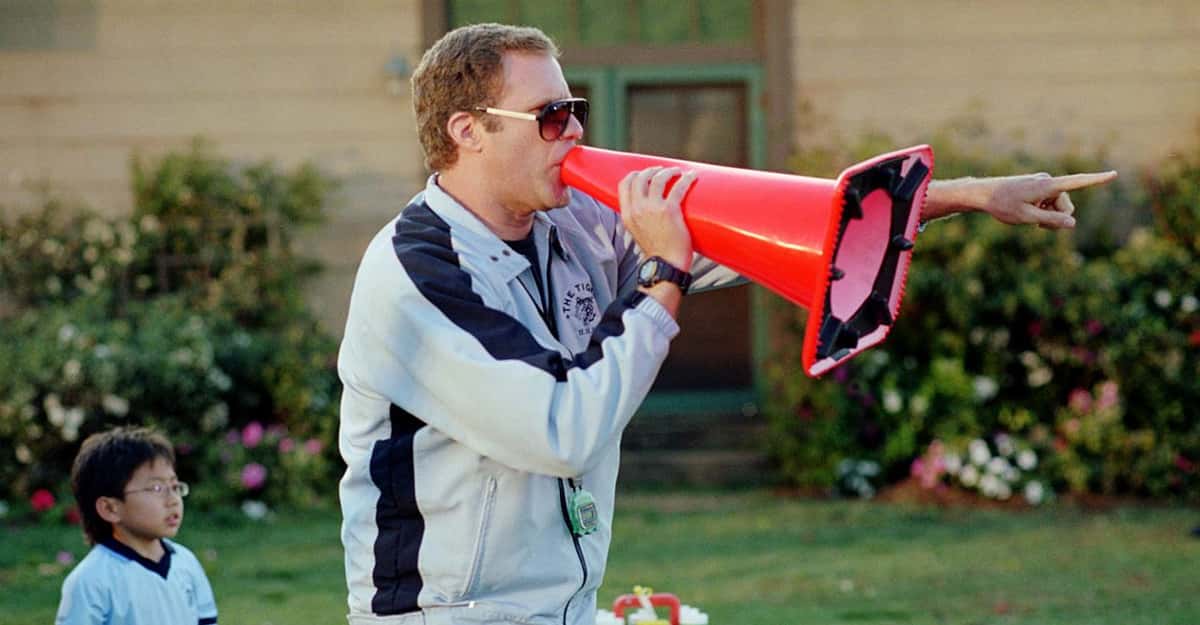 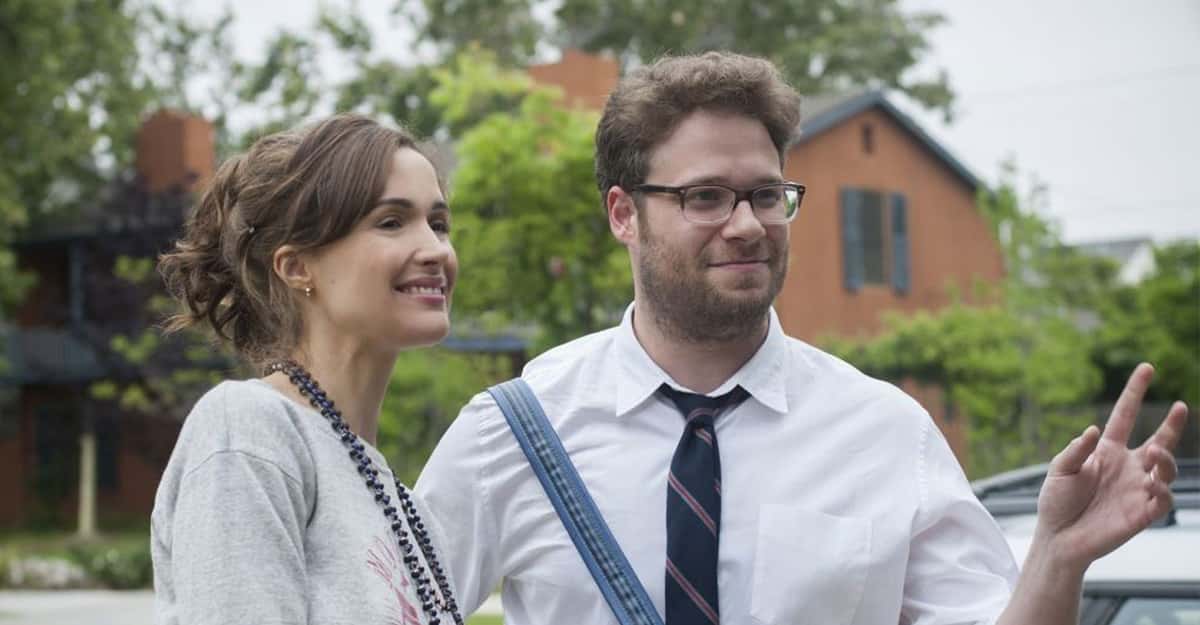 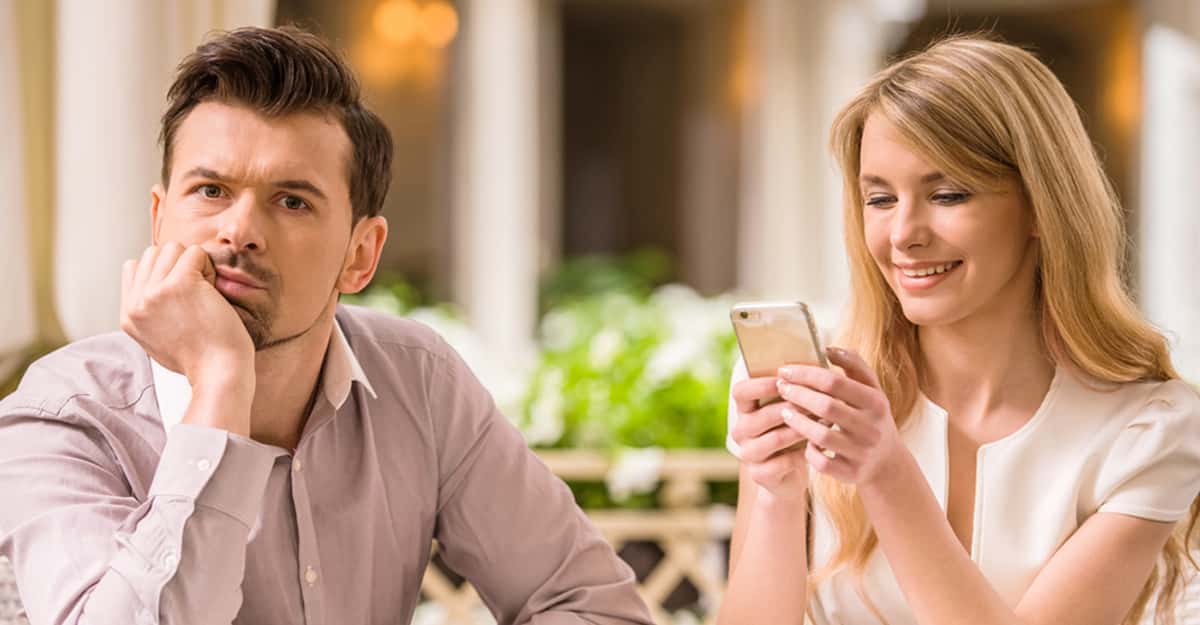 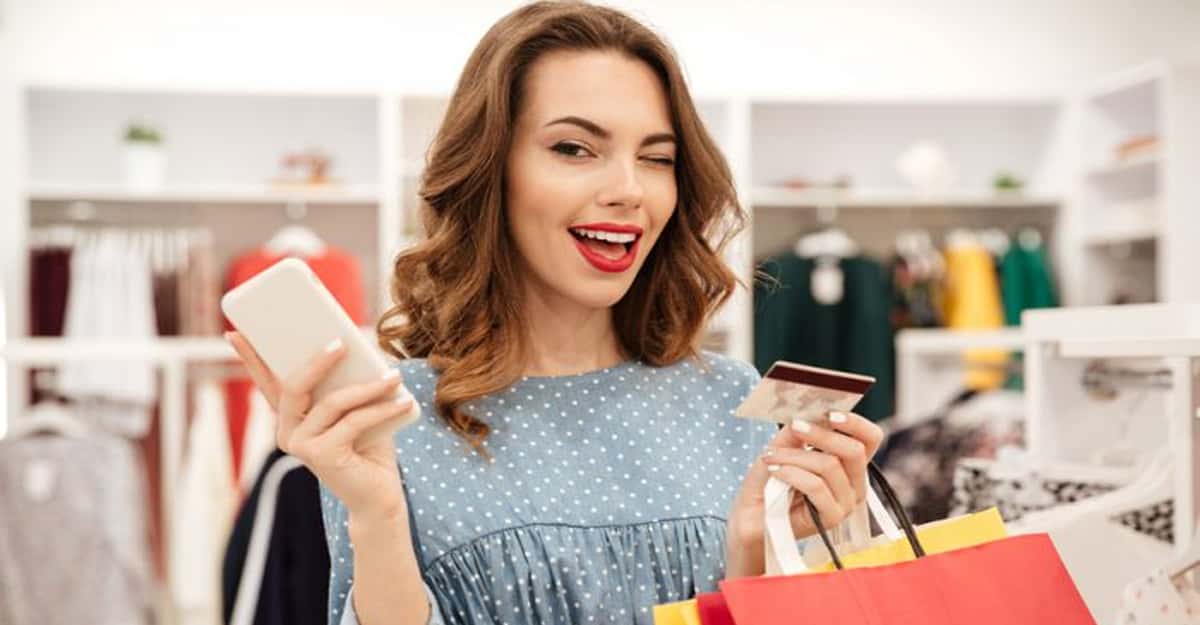