For those struggling to identify the secret to minimal drama in our lives, honesty truly is the best policy. Not only does it neutralize the chances of future confrontation between the parties involved, but honesty speaks volumes to the character of an individual. And being honest doesn’t just mean telling the truth when given the opportunity to lie instead. It also means being straightforward with people, as much as possible, and refusing to partake in any sort of gossip. At the end of the day, however, not every human is honest and not every human can resist the tempting but frowned-upon dissemination of a juicy rumor.

Whether somewhat believable or totally farfetched, a rumor about yourself isn’t entirely effective if it never made it’s way to your ears. Don’t just take it from me—these people shared how they discovered certain rumors about themselves that were totally untrue.

First time ever I felt like I got everyone beat on this thread. Hope it isn’t too late.

I heard that a rumor was going around among “some people near me” that I looked a little too similar to Ayman al-Zawahiri and was probably him in disguise. He was the #2 in command and right-hand man of Osama Bin Laden, the then leader of Al Qaeda. I was just a Mexican-American college student working at a tutoring center. I mean…I heard middle easterners and Mexicans look similar, but darn, that was a stretch. I found out the rumor when the FBI paid me a visit. Needless to say, it was not true.

#24 Wanna Know How I Got These Scars?

In my last year of high school, I managed to shatter a glass, 50ml volumetric pipet and take a big chunk out of my finger. It was bad enough I needed stitches but not ambulance worthy so my biology teacher took me to the hospital.

The rumor ended up being that I’d accidentally cut my finger off and my biology teacher had to race me to the hospital in his Ferrari because the ambulance was taking too long. I had kids coming up to me for weeks asking to see my stump.

Senior year, I had a severe allergic reaction and was hospitalized and out of school for about a week. People thought I died and were shocked when I returned to school.

#22 Trying To Earn A Dishonest Living

An employee of mine wanted my job and was trying to get me fired by telling executives at my company that I didn’t do anything all day and he was doing my job for me.

It probably would have worked, except that there were numerous complaints about this employee from people outside my department and he wasn’t well liked inside the department.

My senior year of high school, a kid told my mom (who worked at the school that I was pregnant. The best/worst part about this is the year before we found out I have PCOS and some other issues that would make having a baby difficult…plus the fact that my boyfriend and I were only ever allowed in the same room if we were supervised somehow because his dad was crazy strict.

Like a year before I had started my first period, a rumor went around that I had started my period on a class trip. I have no idea why and have always thought it was such a dumb thing to spread around to people. Middle schoolers are weird.

#19 Searching For A Possible Mate

In college, I lived in a co-ed dorm for a couple of years—each floor was laid out in two wings, one with men and one with women. Some women were talking about how I must be a homosexual because I spent so much time in the men’s wing.

If I were, wouldn’t I be hanging out in other women’s rooms a lot? To try to hit on them?

I was in the men’s wing frequently because I’d made some friends among the guys, and was pursuing one for dating.

#18 My Love Burns For You…Literally

I had a thing with a guy from school once which went bad. On one weekend at that time, I burned my hand pretty badly trying to make some tea and had to wear a bandage at school. People spread the rumor that I smashed a window because of that guy. Guess that’s why they call it window pane.

I had a hookup under the influence after a party. A few weeks later I was called up to the principal’s office because her parents had gone to the school telling them I had assaulted her.

The best part is, she didn’t even know they had done it.

There was a rumor that I was in a gang and was a ‘thug’. Spread by an old coworker that hated me. She found a box cutter in the building, took it to the general manager and told her, “I found satanshondas box cutter that she left in a patient’s room.”

It was the maintenance guy’s box cutter. He left it in the supply closet which is only accessible by staff. When this revelation came to light she doubled down by saying that she only thought it was mine because I was a gang banger. Rude. I was a barely 18-year-old chick that weighed 100 lbs soaking wet. Also, why in heck would a gang banger bring a box cutter to a nursing home?! What was I going to do, rob the patients of their hard candies and soggy Splenda packets?

#15 Crushed From The Jump

Okay, so this one is kind of my fault:

Fast forward to middle school, and I find out that he’s spreading a rumor that I had a crush on him. So I had to explain my past self’s stupidity to all my friends.

Middle school was an embarrassing time.

Quick mundane backstory: back in college, I was talking to a coworker while she was eating lunch, and I noticed she had brought some huge tasty grapes. I said they looked like the ones I had when I was in California visiting family. She responded, “Oh yeah, I forgot you’re from there.” I’m not, I’m from Iowa. Apparently, someone had spread a rumor that I was a surfer from California, presumably because I had long blond hair at the time. I thought it was funny because I’d never made any remarks about California or surfing to anyone. Someone just decided one day to start that gossip completely based on my looks.

One of my old roommates in college didn’t like that I went to parties/had friends over to drink each week. It was always the same people from my program and everyone was nice but super intoxicated.

She spread a rumor that I was super easy/always under the influence and all you had to do was go knock on my bedroom door and I’d do it with them. Well, it turns out that’s what she was actually like, despite being a self-proclaimed ‘good girl’. She lost her precious virginity to a neighbor’s buddy like a week after I moved out, and could be seen laying on the sidewalk intoxicated out of her mind quite often.

#12 The Sweet Sound Of Payback

In 7th grade, a friend of mine started a rumor that I had dandruff. He convinced a couple people to start calling me Dan Ruff. To get back at him, I slammed my locker closed on his fingers.

When I was a sophomore in high school, I dislocated my knee and had to wear a knee immobilizer. Someone started a rumor that I slipped in the shower while touching myself…my friend had a Ford Pinto that got stuck on the ice and I was pushing when I dislocated my knee

In high school, this girl I sat behind told everyone that I was a creep and I would smell her hair in study hall but in reality, she would play Super Mario Bros on the Game Boy Advance every day and I was just trying to watch.

I didn’t know she noticed.

I had been married about 3 years and people at my old church were saying we must be infertile since we didn’t have children yet.

“He drinks llama milk to grow taller!” Well, this was in 6th grade, when I was the tallest person in our grade, and the “llama milk” was those tiny sweet milk drinks from Chinese supermarkets.

#6 On The Right Foot To A Speedy Recovery

The rumor was that I was “disabled and could barely walk.”

I had foot surgery in middle school and had to stay home and in the hospital for 2 months, and when I came back, kids claimed that before I had the surgery they noticed I could barely walk. No, I had preventative surgery, and no, I walked fine. So then, of course, I come back and everyone is amazed at my progress and how I was able to come back so strong.

I work as an RA at my University, and last academic year I found out I was dating three of my coworkers at the same time because I was seen “eating dinner with them” on all different occasions.

#4 Keeping It In The Neighborhood

My friend married an Asian-American woman and we lived in a small town. Every time he had a party with me over, she spent a lot of time talking to my girlfriend and I more than any of the other guys because I was the only Asian person she knew locally and we’d shoot the breeze together. It was never an “I’m attracted to you” type of thing. We’d share recipes and complain about our overbearing Asian parents.

My friend deploys and I break up with my girlfriend, and then she ends up sleeping with one of our mutual friends and rumors start flying that I’m the one sleeping with my friend’s wife.

Sometimes in high school, I would do dumb tricks and stunts for attention. I once snorted half a cup of red bull using my left nostril. By the end of the day, everyone was saying that I drank urine.

#2 What Else Is Family For?

I left college for a little over a week because my grandma died so I went back home. When I came back, everyone told me they thought I had dropped out.

#1 Just Jealous Over My Pet Kangaroo

My now fiancé and her family think I ran over their pet kangaroo with my golf cart, then threw it’s body into a fence to make it look like dogs trapped it and killed it. This was back in middle school. 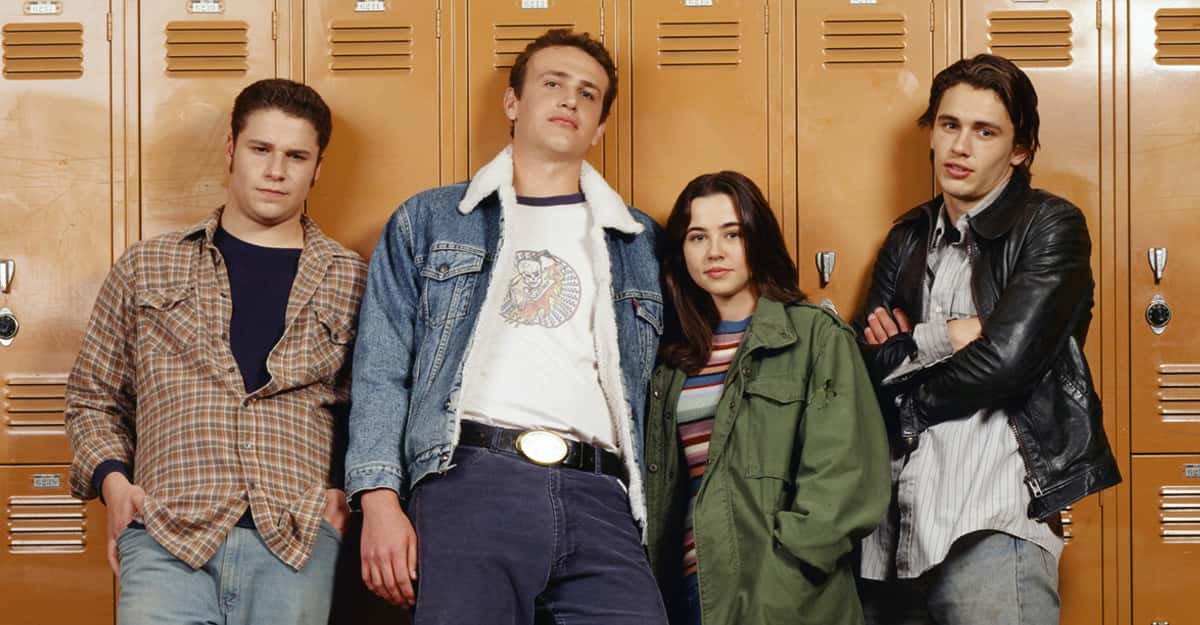